New York City has its own unique housing market. As a result of the pandemic aftermath, with many people working from home, quite a few residents moved to the suburbs or even further upstate, buying Saratoga Springs, Utican, or Albany houses for sale, driving up prices in those areas.

Those who stayed in the city were often able to find a better home for less, whereas most of the country saw record prices and home sales by the end of 2020. Some even predicted the demise of NYC, with both rentals and sales plummeting. The New York Times reported that although sales were starting to pick up in places like Queens and Brooklyn, the median rent in Manhattan fell to a level that hadn’t been seen since 2010.

Still, the median price for a home in NYC is at $850K, whereas despite an increase of more than 26 percent for the state overall, the median sales price rose to $385,000.

The tide has turned once again in the city, with both home prices and rents continuing to rise and expected to increase even more in 2022, with experts predicting that the market will continue to recover from the pandemic.

The Market Will Continue to Correct Itself

As noted, the housing market in NYC will continue to recover, correcting itself with greater demand for homes influencing the prices. Experts say there’s unlikely to be another significant drop with sustained demand for home buyers, which means more bidding wars and fewer price cuts.

The neighborhoods that are the hottest are the ones that have the most venues for shopping, dining, and nightlife, including the West Village and Soho. With those amenities opened up again, that’s what home shoppers are looking for. Red Hook, Fort Greene, Brooklyn, and Bushwick are likely to see an increase in demand as well.

The Effect of Climate Change on the Housing Market

Climate change had a devastating impact on the city and its infrastructure in 2021, with Hurricane Ida bringing floods to the subways and the streets. FEMA’s proposal to update the flood map, after learning that double the number of buildings were actually at risk, the need for flood insurance was highlighted.

FEMA data shows that most flood insurance policies will rise in price, some that will be more modest but for others, it will be as much as 10 percent. As of October 2021, new policies were already higher, with existing ones expected to increase in April of this year, according to The City.

Increased demand for luxury homes due to international investments has been forecasted, something that’s already started to affect the housing market in New York City. The most expensive tiers in Manhattan and Brooklyn’s priciest tier are rising quickly.

The pandemic saw the wealthy become even wealthier due to a surge in tech stocks, among other factors. With fully vaccinated international visitors allowed to enter the U.S. again, more are buying up the city’s residential real estate.

If you were hoping to score a deal in NYC with home prices bottoming out, that’s unlikely to happen. In fact, you may need to buy now with prices continuing to rise, especially for higher-end homes throughout the year and beyond. 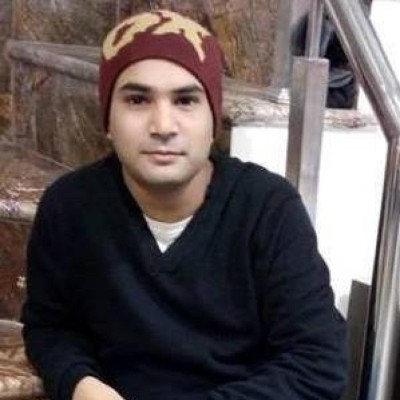 Shashank Jain, founder of good-name, a young and energetic entrepreneur has always been fond of technology. His liking for technology made him go for engineering in computers. During his studies, he learned & worked on different computer languages & OS including HBCD, Linux, etc. He also has a keen interest in ethical hacking.
shashakjain84@gmail.com

THE RETURN OF THE EX IN CARTOMANCY

What is a Wedding Celebrant?